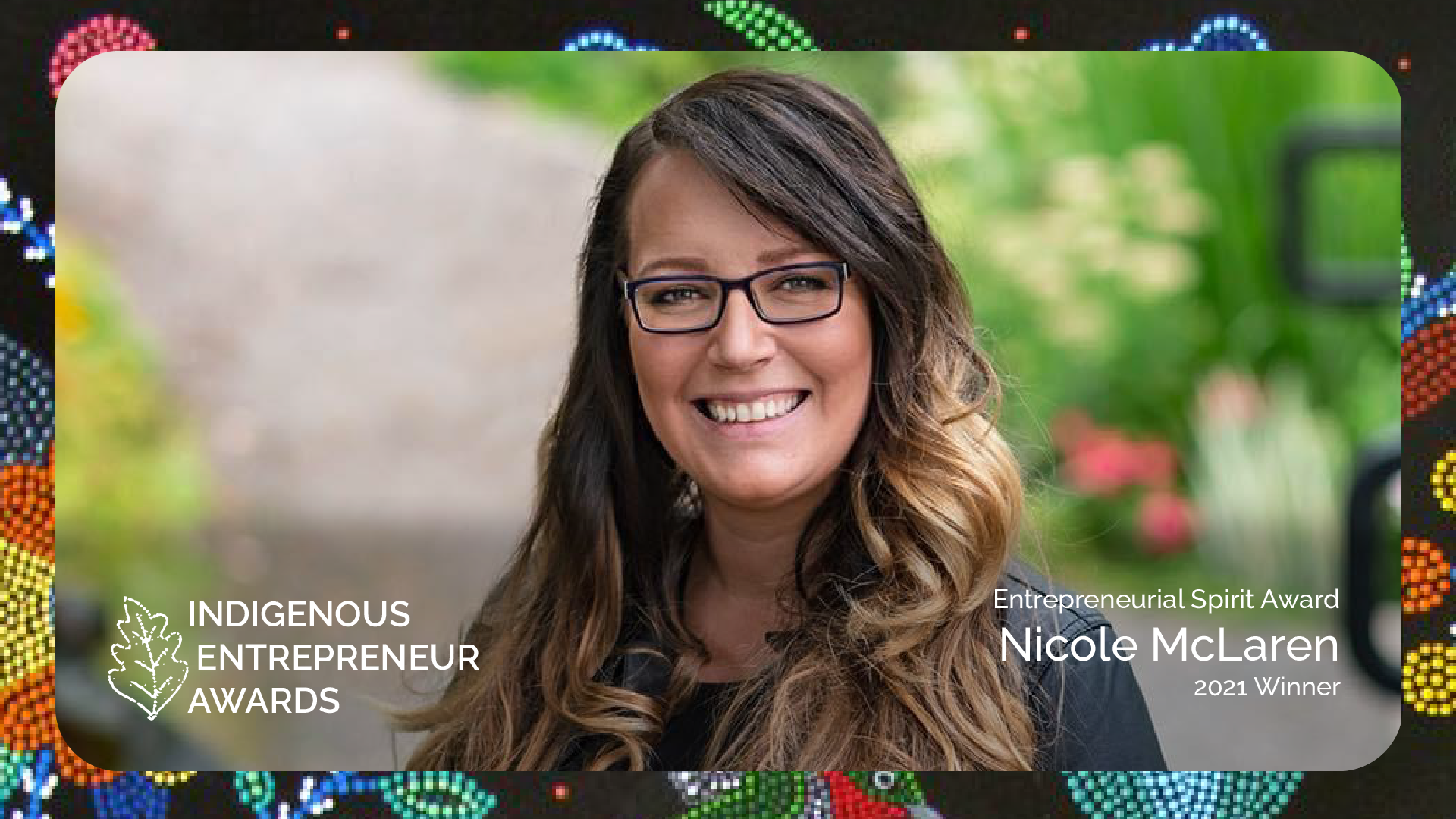 Nicole McLaren started her entrepreneurial journey as a 9-year-old hosting lemonade stands, and that entrepreneurial spirit has continued as Nicole sets out to be a role model for her daughters.

Nicole founded Raven Reads as an Indigenous subscription box, warehouse and fulfillment centre in Kamloops, BC, to raise awareness of Indigenous cultures, experiences, authors and entrepreneurs and invest capital into the Indigenous economy and children’s literacy programs.

Since launching in 2017, Raven Reads has more than 3,000 subscribers, invested more than $300,000 into Indigenous businesses and authors, grown to 6 employees, and supported countless Indigenous-owned brands and enterprises to scale.

“I want to show Indigenous girls and women that they can scale multi-million dollar businesses with big impact and big exists,” said Nicole McLaren. “Winning this award is a recognition for the blood (cardboard cuts), sweat, and tears I have invested in this entrepreneurial journey and is an important occasion to celebrate how far we have come.”

Nicole is also the founder of the Indigenous Women’s Business Network in B.C., a non-profit networking group that promotes the expansion of Indigenous women-owned ventures.

“It is an honour for us to celebrate and recognize excellence and outstanding impact in Indigenous entrepreneurship,” said Sunshine Tenasco, Founder of Pow Wow Pitch. “Nicole embodies the entrepreneurial spirit and is a lifter of tides through Raven Reads and the Indigenous Women’s Business Network. Congratulations, Nicole, and thank you for your impact and example.”